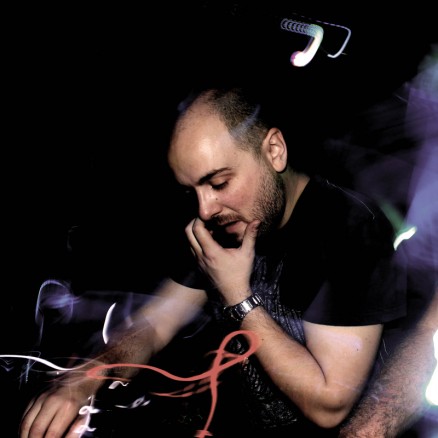 Andrew McGibbon is an Inverness based DJ who has been DJing around the Highlands of Scotland for over 20 years. Andrew is one half of ‘Filth DJs’ with Ross Lyall.

Andrew McGibbon has been DJing in clubs, pubs and festivals in and around the Highlands and beyond for over two decades; mainly playing House, Tech House and Techno.

After a couple of years of DJing at parties he started his first club residency in the infamous ‘Clubzone’ (aka ‘The Club’) in Dingwall in 1998. Then, still at ‘Clubzone’, he became a resident at Gordon Jeffrey and Graeme Still’s club night ‘Refreshed’ in the early 2000s. There, he played alongside many top DJs such as Justin Robertson, Billy Nasty, Parks & Wilson and FC Kahuna.

Beyond ‘Refreshed’, Andrew played further afield from Skye to Aberdeen and even beach parties in Rosemarkie. He began to DJ regularly in Inverness playing at Rose Street clubs ‘Blue’/’Soho’/’Motion’ and local club nights ‘Insane’ and ‘Pheonix Nights’ in the Clach Club. There he had the opportunity to play alongside DJs like Pete Tong, Eddie Halliwell, Seb Fontaine, Mauro Picotto, Slam, Harri, Dave Pearce, David Forbes, Mallorca Lee, Craig Walsh, Mark Sherry and the late Barry Connell. 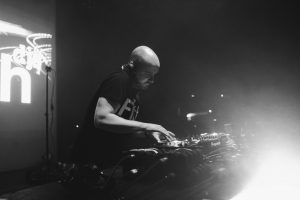 In 2008 when ‘Motion’ closed its doors, Andrew teamed up with his good friend Ross Lyall to create ‘Filth’. As ‘Filth DJs’, they played at many huge nights with names like Felix da Housecat, Paul Van Dyk, 2manydjs, Erol Alkan, Lottie, SLAM, Zane Lowe and Eddie Halliwell. They also played at events including the Dundee Dance Event and Groove, Rock Ness and Belladrum festivals.

At the Ironworks Venue in Inverness, ‘Filth’ club nights featured guest DJs such as Green Velvet, Alex Metric, Audio Bullys, Jaymo and Andy George, Clouds, Dave Spoon, Jon Carter and many more. 2018 marked the 10 year anniversary, but also the last ‘Filth’ parties as the club night comes to an end. Since the tragic passing of Ross Lyall in 2016, it could never be the same… but the memories will last a lifetime!

While he has planned to take a step back from promoting and regular DJing after 2018, Andrew continues to enjoy playing the music he loves to like minded friends and club goers. Never say never – there’s always one more gig.