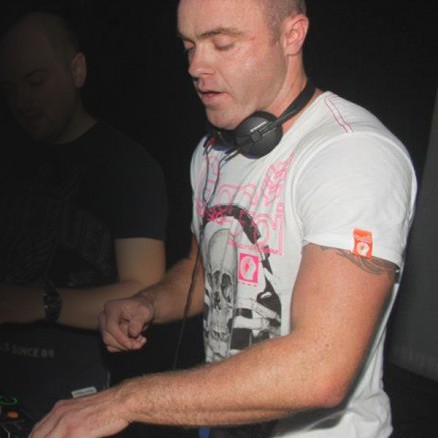 Both on his own and as part of underground dance duo ‘Filth Djs’ Ross Lyall has played his own style of techno and tech-house alongside world class DJ’s both in his home-town of Inverness, on the White Isle of Ibiza and at internationally acclaimed music festivals Belladrum and Rockness.

Following the closure of Motion nightclub in 2008 Ross and fellow resident DJ Andrew McGibbon created the now award winning ‘Filth’, an underground house, techno and electro night which provides clubbers in the Highlands with a welcome alternative to commercial clubs and tunes. ‘Filth’ was an immediate success; moving to the Ironworks – the biggest live music venue in the Highlands – within only two months and seeing the boys establish themselves as front-runners in the Highland clubbing scene. In its first year alone ‘Filth’ hosted nights with huge guest DJs the Audio Bully’s, Jon Carter and Dave Spoon and climaxed the year by headlining the Ironworks on the biggest night of the year, Hogmanay. They have now been hosting the legendary ‘Filth Resolution’ New Year party for three consecutive years.

2010 saw ‘Filths’ status rocket when they beat off stiff competition to win the prestigious ‘Best Club’ at the ICA awards. They went on to welcome massive names such as Jaymo and Andy George and Alex Metric as well as celebrating home-grown talent in their Halloween party which brought together resident DJ’s from all over Scotland. 2010 was also the year which saw Ross go international when he flew out to Ibiza to host a night at Sofa King Good in San Antonio’s The Highlander and played a set at the world renowned Ibiza Rocks Hotel. In August, the Filth boys headlined the Mothers Ruin Stage at the Belladrum Tartan Heart Festival where they played to a massive crowd of revellers and received rave reviews.

But 2011 has without doubt been Ross’ biggest year to date seeing him play alongside techno legend Dave Clarke in March and with ‘Filth’ featuring on the same bill as household names Erol Alkan and 2 Many DJ’s at two massive sell out nights. Ross’ success shows no sign of slowing down as he brings his tech-house and techno to the shores of Loch Ness, playing with Andrew on the closing night of the Rockness music festival, which is set to attract over 35,000 music lovers.